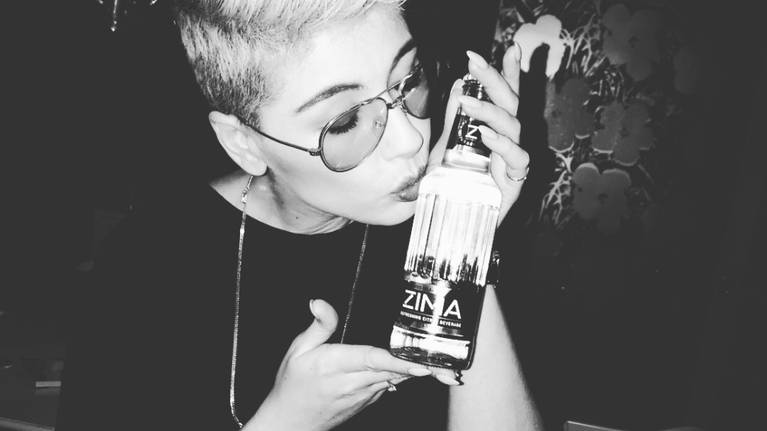 Integrated promotion of your beverage product as part of a photo modeled by me and posted to my Instagram with a crosspost to my Facebook. Optional giveaway.

Whitney Fierce
I'm a DJ, I play music and make taste.
New York City
Refinery29 says, "[this girl's] about to break, big time." And perhaps this is one of those moments when you should believe the hype. After cutting her disc jockey teeth in NYC, Whitney Fierce joined Hercules and Love Affair as a vocalist and touring member, singing their DJ Kicks single, "Release Me." Upon returning to LA she reunited with her first love, DJing, and is in the studio constantly, creating new tunes, after having unleashed two EPs on the world earlier this year. Stay tuned for more, and check her guest vocals on Subb-an's latest album on Crosstown Rebels, co-production and Vocals with Eric Sharp on Win Music, and feature with many others. If you haven'theard of her yet, the coming months may prove it's impossible to do that any longer. Whitney has played for Dior in Paris, Nylon in New York, the Mayor in LA, and is New Order's tour DJ. On the decks, Fierce blends her background of classical musicianship with a powerful flair for the eccentric, bearing bangers pumped-full with catharsis and a stylish humor that basks in the dance-floor madness. She is very proud to play non-shitty tunes, and is still stoked about not being universally hated. Also, important people say she's cool (and that's the point at which you should start questioning the hype.)